What Origins Does Black Tie Attire Have? 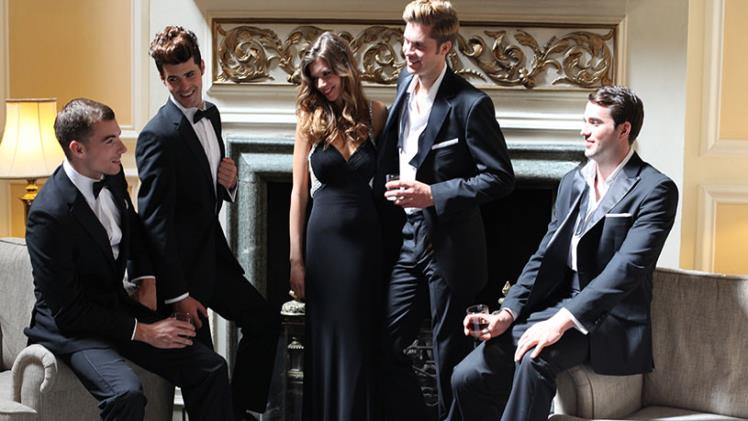 Have you ever wondered how black tie attire was created? Tuxedos and dinner jackets first became popular when and where? The Western world adopted the attire of black ties for men in the 19th century. While Americans frequently prefer the term “tuxedo,” it is associated with a dinner suit or jacket in England. Whatever you name it, the conventional dress code calls for a two- or three-piece suit in either black, white, or midnight blue. Black patent leather shoes, appropriate accessories, and white dress shirts should also be worn with the suit, as will be covered later (including cufflinks, of course).

A Black-Tie Affair Is What?

A critical occasion requires a black tie. Think about essential birthdays, balls, weddings, and award ceremonies. A black-tie dress code is frequently required for those exceptional occasions, those significant anniversaries that will stay with you throughout life. One must pay attention to every aspect! It’s common for men to go their entire lives without being invited to a formal event. If they do, it’ll probably be the most formal event they’ve ever attended, and they’ll need to be dressed in their most formal attire.

It is astounding to contemplate that the tailcoat was the norm for evening wear before World War I and that black ties were regarded as too informal to be worn in “mixed company.” Any event held after 6 o’clock during the two world wars required a black tie as the attire norm. At the end of World War II, it was restricted to special events as opposed to everyday attire for the evening.

Since then, the guidelines have developed further, and more latitude is now permitted than in the past. Here are some essential suggestions to remember if you ever find yourself in a circumstance where the invitation honestly states “black tie,” though, if you want to strive to be the best-dressed man in the room.

Black or midnight blue with black silk facings have traditionally been the traditional colours for the jacket, while alternative hues, such as lighter blues, are currently fashionable. Another preferred fabric is velvet. A narrow shawl collar achieves the perfect fusion of old and new.

A black silk braid runs down the side seam of the trousers, and they usually match the jacket (unless you’re wearing velvet). Belt loops and cuffs on pants are viewed as being too informal. A cummerbund or waistcoat should be worn to conceal the top of the trouser.

A white shirt with French cuffs and a pique or Marcella front is required (this is one rule you don’t want to break). You are advised to choose a regular collar over the traditional wingtip for a classy appearance without being stuffy.

It is the one opportunity you have to wear a bow tie, so make the most of it. Resist the urge to wear a slim black tie. Pair it with a silk pocket square with a stylish pattern or one made of white linen. Your shoes should ideally be black patent leather and bow with grosgrain. Wear the most excellent pair of black leather lace-ups instead, but make sure they are highly polished.

A loose dress code is the best way to make guests feel nervous. Going all out is recommended if the dress code on your invitation specifies black ties for men, so forget about mixing wedding and business outfits! Own your black-tie outfit with boldness and confidence. However, it would take many more black-tie invitations to justify purchasing a pair. You will appear much better, as a result, not to mention more put together than anybody who has only partially committed.

6 Types of Women’s Pants Along With Their Functional Purpose

What Are the Advantages of a Google Digital Marketing Course?